Rent an apartment in Drachten 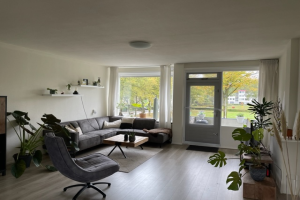 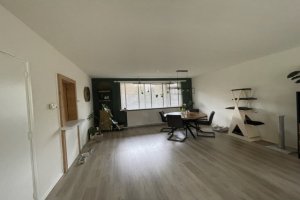 Drachten is the heart of the municipality of Smallingerland and Leeuwarden after the second place in the province of Friesland. If you because the place does not have a city charter rent an apartment in Drachten you officially not live in a city. With 45,000 residents, the town just called in the vernacular.

The province of Friesland is a water-rich province. The Frisian lakes are known and loved by fishermen, boaters and vacationers. Renting an apartment in Drachten means whatsoever access to the many opportunities that offer all the lakes. Simultaneously Drachten is a few kilometers from Groningen and Drenthe and there is more than just water. Are you going to rent an apartment in Drachten, you'll find in the direction of Drenthe Drents Frisian Forest.

Transfers originated in the seventeenth century and only halfway through the last century has become a big place. This had to do especially with the advent of a branch of Philips, causing a snowball effect on the population and activities. The former council was keenly aware that too much construction would affect the character of the place and has therefore given some renowned architects very responsibly mold growth. Because still many historic buildings to admire, means a rental apartment in Drachten live in a place where ancient and modern architecture tastefully are interwoven.

Renting an apartment in Drachten gives you access to many shops, restaurants and cafes. These are found in abundance in the center Drachten. Thus opened in 2012. mall Raadhuisplein its doors in the center. Here you will find all sorts of shops, including, for example Media Markt and The Sting. Do you like to make a note to pick a movie or a theater performance than a rental apartment in Drachten also a good choice.

Renting an apartment in Drachten means you geographically in the middle of the places Heerenveen, Leeuwarden, Groningen and Assen lives and easily neighborhoods in another nice city. There are also nice smaller Frisian towns of Earnewâld and Grou.

Several well-known compatriots was the cradle in Leeuwarden, as politician Jack de Vries. Are you going to rent an apartment in Drachten you also live in the birthplace of actor ferry doedens, singer Tim Douwsma and former winner of The Voice of Holland Iris Kroes. Rent an apartment? Place an ad for free
Back to the top
Search for the most popular places