Rent a property in de-meern 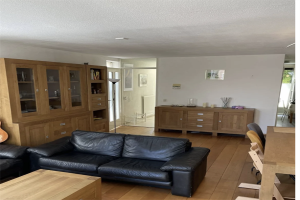 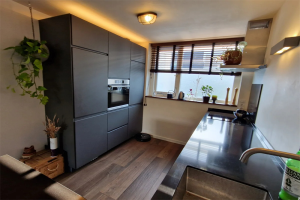 Rentals for rent in de Meern

Vleuten - De Meern is one of the residential areas of the town Utrecht and arose from the municipalities in 1954 Vleuten, Oudenrijn, Veldhuizen en Haarzuilens. Rental housing rents in the Meern makes you one of the approximately 45,000 residents of the Meern and therefore part of the largest area of ​​Utrecht. This popularity De Meern thanks to its position next to the Leidsche Rijn, who has served for years as an important connection between the barge canal Utrecht and Leiden. The location of the river were the Romans in ancient times been interested in the area around the current de Meern. Again, the Meern is a fertile location for archaeological finds. After World War II the district was expanded several times with new homes. Currently, people opt for rental housing rent in the Meern for both the quiet location outside the city and also its proximity to motorways such as the A2 and A12 which also guarantee the mobility of the inhabitants. You drive quickly to nearby Utrecht Woerden and Amersfoort. Rental housing rents in the Meern therefore has several advantages.

Rental housing rents in the Meern : leisure and everyday life

People who rent apartments in the Meern consider choosing a neighborhood that has a lot to offer . On the Oranjelaan There is a library and Meern has one bar ( Don ) . For sporty people there is plenty to do in the Meern. The district has clubs for hockey , basketball, football , swimming and water polo , volleyball, basketball and table tennis. There are also associations theater, amateur historians , singing and shooting . Rental housing rents in the Meern is therefore attractive for people who wish to be a community and young families who for a long time to settle somewhere . De Meern has eight elementary schools and one center where about thirty shops are located that are largely run by independent entrepreneurs .