Rent a property in rijen 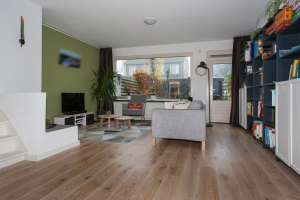 Rijen together with neighboring village Gilze the Gilze-Rijen. The village has about 17,000 inhabitants and Rijen you plenty of rental housing rent in Rijen, such as apartments and houses for rent. Employment is also sufficient for people who rent apartments in Rijen. The headquarters of Curver and Ericsson are established and there is airbase Gilze-Rijen, where the Dutch Apache and Chinook helicopters are stationed.

Rijen formerly was a hamlet of the then larger Gilze. Rijen in 1524 became an independent parish. When it was opened in 1884 Station Gilze-Rijen, there was some industries, especially tanneries. Rijen thereby grew and became bigger than Gilze. After World War II we therefore chose to replace the destroyed town hall in Gilze for a town hall in Rijen. People who rent apartments in Rijen have ease of it.

The cultural heart of Rotary's Cultural Centre The Encounter, where you can see theater and film performances are. For other forms of relaxation, people who rent apartments in Rijen choose from among others the Efteling in Kaatsheuvel and Strandbad Surae in Dorst. The environment of services is ideal to create a cycling or walking.

Rijen located between the cities of Tilburg and Breda. Those who rent apartments and houses in rows can thus choose between these two charming towns for shopping or going out. Rijen has a railway station so the train, you are quickly in these cities.

Rijen located in a region of Brabant where cycling is popular. It is therefore not surprising that famous cyclists come from Rijen. Jeroen Blijlevens was born there and lived there Gerben Karstens. Another famous Barbary to the cartoonist Kees WILLEMEN.