Rent a studio in Groesbeek

Sorry, no exact match found for your search query. Although, we found 5 rentals in the most nearby surrounding area. 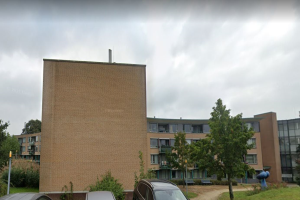 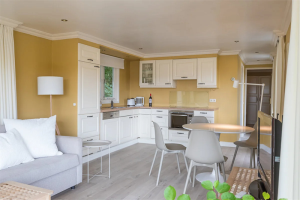 In the center of Groesbeek you can find a variety of shops. Are you going to rent a studio in Groesbeek you can relax in the cozy shopping center. You will find shops in every area, interspersed with terraces. Do you enjoy museums, then a studio to rent in Groesbeek recommended. The Africa Museum, the National Liberation Museum 1944-1945 and the Museum Park Orientalis offer a wide range in the field of culture and history.

Groesbeek is situated between Nijmegen and the German border. Nijmegen is known for the vibrant and lively city center and is well worth a visit, you could rent a studio in Groesbeek. Looking for something more rest you can venerate the German town of Kleve with a visit. You drive a bit further than you find in the German Kalkar, where a former nuclear power plant has been converted into family park and entertainment center Kernwasser Wunderland.

Right in the land of Maas and Waal are the forests and hills, a notable appearance at Groesbeek. These hills are part of the Lower Rhine and Ridge are about 200,000 years ago during the last Ice Age. A studio to rent in Groesbeek means so live in a region where history has left its mark. By finds of Roman pots and pans is well known that the area already had inhabitants in Roman times. A studio to rent in Groesbeek also means living in a place that was prominent in the Second World War. As part of Operation Market Garden in September 1944 thousands of paratroopers landed in Groesbeek, with the aim of freeing a large part of the Netherlands and reduce the Germans.

A studio rental in Groesbeek is living in a sporty village, with many sports clubs. These include as many as six football clubs. Want to rent a studio in Groesbeek, dance, you can even watch professional football in their own village. Achilles'29 plays in the Jupiler League since 2013. it is therefore not surprising that the most famous Groes Cups are footballers. Below former international Jan Peters and Arno Arts while Jasper Cillessen grew up in Groesbeek.
Rent an apartment? Place an ad for free
Back to the top
Search for the most popular places