Rent a studio in Zaandam 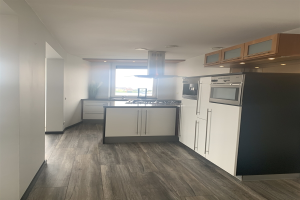 Rent a studio in Zaandam? You then live in a modern city with a rich history. The city's past is still reflected in contemporary architecture, such as the revamped shopping center of the city. Also in terms of location is a studio rent a good idea in Zaandam. You not only live among all picturesque towns, Amsterdam is also around the corner.

Are you going to rent a studio in Zaandam, then you come to live in a city with a completely revamped city center. Near Station Zaandam was a few years ago, a shopping boulevard built with large stores like Media Markt and Primark. Besides location you'll find the familiar center of the city, including Hema, V & D and H & M.

Going in and around Zaandam

Rent a studio in Zaandam means that you will be living in a piece of history. The Zaan is an area with a lot of history, what you include looks back at the Zaanse Schans. This is all old houses and shops not only fun for tourists. Zaandam to lie around several villages to wander through, and a few steps away you will find the large nature reserve Twiske. For entertainment, you do not necessarily have to Amsterdam. Zaandam has several plazas with cafes and good restaurants, a modern cinema and a large theater. Want to rent a studio in Zaandam, you do not have to worry that you will be bored!

Rich history of the Zaan

Want to rent a studio in Zaandam, you must know something of history. Zaandam is renowned for shipbuilding, which even the Russian Tsar Peter managed to pull several times to the city. But in addition, whaling and saw mills were also important sources of income. Much of this history can be found on the Zaanse Schans. Zaandam is still known for its cocoa processing industry. thereby Think of the factories of Verkade. Rent a studio in Zaandam means that if the wind is right, you can smell the freshly roasted cocoa.

There are many famous people born in Zaandam. Ronald and Erwin Koeman for example, but also Hennie Huisman, Margriet Eshuijs and Ali B. It may therefore happen that you want to rent a studio in Zaandam, a BN there in your lives nearby. Rent an apartment? Place an ad for free
Back to the top
Search for the most popular places