Rent an apartment in Dordrecht

Sorry, no exact match found for your search query. Although, we found 4 rentals in the most nearby surrounding area. 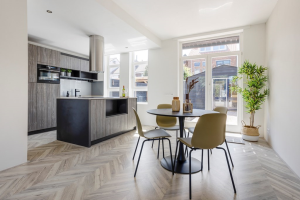 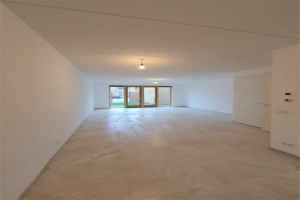 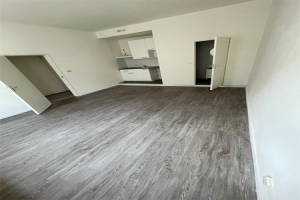 Want to urban living, or rather in a village setting? Living on the water, in the open, in a new area or even in the city? Dordrecht can do it! Renting an apartment in Dordrecht is also a good opportunity for you.

The idyllic town center has all the amenities you need. In Voorstraat, with its small streets, a wide range of shops. Renting an apartment in Dordrecht also gives you the ability to shop once comfortable in the indoor Drievriendehof or take a look at shopping arcade Paradium.

Will you rent an apartment in Dordrecht, know that there is a thriving society. Dordt Sport gives everyone space for movement, come make music at one of 14 music associations or join the Association Dordrecht Museum. Dordrecht is also active in the field of festivals and events. Annually you can go to the intriguing Wantij, the book market and the summer fair. Every two years, the city turns into 'Dordt in Steam. For young and old there is always plenty to do.

Renting an apartment in Dordrecht brings you close to Rotterdam, the largest port city in the Netherlands where everything is going on. But also take a look at Zwijndrecht where many opportunities for cyclists and walkers. Or discover Papendrecht by sailing across the water bus from Dordrecht. With a rental apartment in Dordrecht, the Randstad at your feet.

In the 12th century Dordrecht really took shape. What began as a small settlement on the bog stream Thure grew into a trading town where sailors came to tranship goods. Dordrecht went through the years along high peaks and deep valleys. On the other hand Dordrecht had a key role in the defense of Holland and plays an important role in 1953 as a base for the facilitation of the flood. Renting an apartment in Dordrecht offers you the chance to live in this city with its rich history.

Famous people from Dordrecht its writer Ronald Giphart, biologist Freek Vonk and footballers Elvis Manu and René van der Gijp. Step into the footsteps of such creative and sports people come and rent an apartment in Dordrecht. Rent an apartment? Place an ad for free
Back to the top
Search for the most popular places