Rent a property in didam 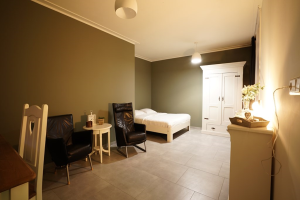 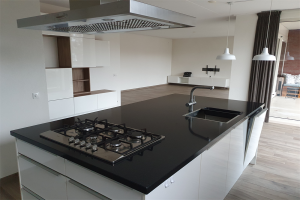 Didam The village lies in the Montferland municipality in the province of Gelderland. Didam employs about 17,000 people. The surface of Didam is approximately 32 square kilometers. You can easily rent an apartment in Didam. Indeed, there is a large selection of various rental properties. An example could be an apartment, but there are also rent studios and apartments in Didam. The most popular street in Didam is Main Street, which is in the center. Main Street also has a convenient location close to shops and other public facilities. Other popular streets to rent an apartment in Didam are Hengelderweg and Kollenburgweg. These are located on the outskirts of Didam, making them quieter in comparison to the High Street.

In Roman times there was already a Germanic settlement on the spot where Didam is now. There are a lot of objects unearthed during archaeological excavations that have taken place in Didam. South of Didam has until 1606 stood a castle. From Didam was ruled here. On August 10, 1925 drew a storm over the Netherlands where there are parts of Didam were destroyed. This is known as the flood disaster of Borculo. Until 2005 Didam was a separate municipality. In January 2005 Didam has been merged with the neighboring municipality of Bergh. The place thereby created is part of the municipality of Montferland. There are a number of famous Dutch from Didam. Examples include football coach Ernie Brandts, basketball player Geert Hammink and peace activist Jan ter Laak.

Shopping and leisure in Didam

Didam has all public facilities that you can expect. For example, a library, sports center, shopping center and a medical center. The medical center is a doctor, dentist and psychologist. Didam also has an indoor pool, The Hoevert called. In the center are several supermarkets and there is also room for a number of smaller shops. There are local bars and restaurants and to find the center. This is also a popular location to rent an apartment in Didam. One of the monuments in Didam is the market hall. Here is a market every Friday. There are also annual events in the market place, such as the flea market, and a Christmas concert. Didam also has several sports clubs. There are three football clubs, a volleyball and a basketball club. Furthermore, you can play badminton there, table tennis and take part in swimming competitions. Besides the sports associations Didam has seven muskets. The village is also known as shooter village. Just outside Didam there is a large playground, the Cool Nature Park, a recreational lake, De Nevelhorst. You can also spend a day at the nearby Arnhem, Doetinchem or historic Doesburg.