Rent a property in harmelen

We do not have any available rentals in harmelen, but take a look at the rentals in De Meern 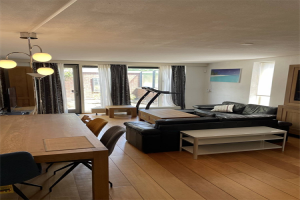 Rentals for rent in Harmelen

A Town with history

Rental housing rent in Harmelen means living in not only beautiful , but also a history rich environment. The area was mined in the 12th and 13th centuries ; The earliest mention of Harmelen dates from 1202. Outside the village once was the city ridderhof Huize Harmelen . One of the remnants of this ridderhof city is the pigeon . Harmelen was originally an agricultural area ; nowadays rental housing rent in Harmelen especially popular among commuters. Several old buildings recall the former Harmelen: if there is only House Harmelen , but there are 25 other national monuments in the village .

Harmelen: combining the advantages of village and city

Many people are interested in renting apartments and houses in Harmelen . Harmelen is a village in the province of Utrecht , which has about 8,000 residents . The village in the municipality of Woerden is just 10 kilometers away from downtown Utrecht. This provides rental housing rent in Harmelen not only the peace and quiet of a village, but also all the capabilities of a large central city like Utrecht . In addition, thanks to its central location almost all major cities in the Randstad as Amsterdam, Rotterdam and Den Haag can be reached by car within half an hour . That makes rental housing rent very attractive in Harmelen !

Endless entertainment in the Green Heart

Harmelen is located on the Rhine, on the edge of the green heart of the Netherlands. This makes it a popular place to spend leisure time in nature : cycling, hiking , boating , everything in Harmelen . This contributes to the demand for rental housing rent in Harmelen . The environment is not just for fun ; also sport the natural surroundings of Harmelen ideal. Not for nothing are several famous athletes from this village , such as cyclist Ellen van Dijk , Ad Moons athlete and footballer Dico Koppers . Harmelen also has various sports , from football and tennis to bowling and athletics . Also can go to Harmelen shoppers : in the small but cozy center you can find various shops and restaurants. Harmelen course also includes practical shopping facilities such as supermarkets, garden centers and a bakery . It is therefore not surprising that there is substantial demand for rental apartments in Harmelen .