Rent a studio in Valkenburg Lb 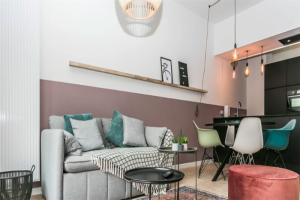 Valkenburg offshore sites might Dutch popular tourist site. The terraces in the city center, located in the South Limburg hills and several tourist attractions is the place immensely popular with tourists. A studio rental in Valkenburg choose a lively place in a beautiful setting.

The city of Valkenburg is the beating heart of the Limburg municipality of Valkenburg. Besides the town of Valkenburg municipality also consists of several hamlets. A studio rental in Valkenburg live in a city with a very rich history. Valkenburg dates from Roman times and is built around the Valkenburg Castle, now ruins as one of the monuments of the place. This ruin is often visited by tourists in conjunction with a visit to the church cave. This cave is caused by extraction of marl. In the cold winter, the cave was used in earlier years as a protection against the cold and in September 1944 as a shelter during the war. Want to rent a studio in Valkenburg, you can visit the cave. It is open to the public. There are regular guided tours. Valkenburg has a nice shopping center. Want to rent a studio in Valkenburg, you can shop at Theodoor Dorrenplein, beautifully situated on the Trench Island in the river Geul.

Are you a nature lover, then a studio to rent in Valkenburg a good choice. The Limburg countryside with its hills unique in the Netherlands, but also very diverse. Between pastures are numerous forests and near Valkenburg this landscape is crossed by the river Geul. Together with the castles, farms and specific Limburg homes this results in a landscape that gives you the impression of being abroad. A studio rental in Valkenburg means that you stay amidst this beautiful region.

Valkenburg is the birthplace of former Minister of Transport Camiel Eurlings and the current residence of cyclist Rob Ruijgh and who will soon know of you, you could rent a studio in Valkenburg! Rent an apartment? Place an ad for free
Back to the top
Search for the most popular places