Rent an apartment in epe 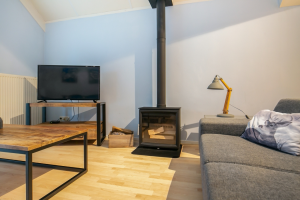 Renting an apartment in Epe: live centrally in a natural environment

With a rental apartment in Epe you choose to live for relaxing in the rural province of Gelderland, in the northeastern part of the Veluwe. Epe is a green city of over 15,000 inhabitants, the capital of the homonymous municipality. The municipality Epe is formed by the four cores Epe, Oene, Emst en Vaassen. They each have their own identity and charm.

Renting an apartment in Epe in alternating quarters

Epe has a long and rich history. Prehistoric finds and burial mounds from the New Stone Age show that even before the beginning of the Christian era there was habitation. Renting an apartment in Epe can in different neighborhoods, such as the High Country, Klaarenbeek and Hoge Weerd in Epe North. Most expansion took place in Epe South over the years. You can rent an apartment in Epe in the neighborhoods Vegtelarij, Burgerenk, rock-climbing, The Haverkamp and 't Gilde Corner.

Epe, in the heart of the cities of Apeldoorn, Zwolle, Deventer

View of Epe is dominated by the beautiful Martin Grote Kerk. If you decide to rent an apartment in Epe, are attractions like Cannenburch castle, petting the Brass Ass, Veluws Museum Hagedoorns Ground and Family Park 't Smallert nearby. Nature the Renderklippen, the Dellen and IJssellandschap provide a stunning backdrop for hiking, biking and horseback riding. Moreover Epe is centrally located in the cities of Apeldoorn, Deventer en Zwolle.

Renting an apartment in Epe close to all amenities

Epe has many amenities including a wide and varied range of shops. You'll find both large national chains and small, picturesque shops. Renting an apartment in Epe means you'll never be bored. Throughout the year events are organized as the Sheep fest, Emster four-day bicycle, Jazz comes to town and Diskeeper Horse Marches.

Epe is the birthplace of roeister and Olympic medalist Carline Bouw, track cycling world champion Teun Mulder and artist Frans Slot. His portrait is depicted in a stained stained-glass window in the council chamber of the town hall Diskeeper.

The added value of an apartment rent in Epe

Epe is a municipality with a village character and great outside area. Epe is beautifully situated in a natural setting and easily accessible, both by car via the A50 highway as the bus that runs between Apeldoorn and Zwolle. It makes a rental apartment in Epe more attractive.