Rent an apartment in voorthuizen

We do not have any available rentals in voorthuizen, but take a look at the rentals in Kootwijkerbroek 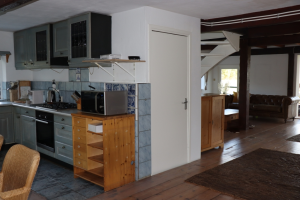 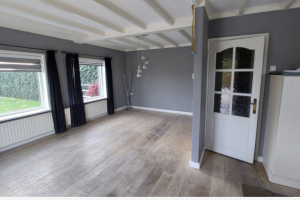 Living in a wooded area, in central Netherlands. Renting an apartment in Barneveld is an attractive option for those who love nature and want to have all the important facilities nearby. Barneveld is the gateway to the Veluwe. The village in the Gelderland Valley has just over 10,000 inhabitants and is situated in the beautiful town of Barneveld.

Good mobility insured with a rental apartment in Barneveld

The town Barneveld already appears in a charter in the year 970. Barneveld was formerly a junction of roads, which became an important trading center. The village is formed around a ꞌdoorwaadbare place in a beekꞌ, such as indicating a part of the name. Hessenweg - opened in 1809 by King Louis Napoleon - has had a significant impact on the growth of Voorthuizen. The road from Deventer to Amsterdam brought prosperity. Today, the A1 is the main east-west axis that crosses Barneveld and is easily accessible. With a rental apartment in Barneveld, you are guaranteed a good mobility.

Where Barneveld previously consisted mainly of sheep farming, the village is now a tourist attraction. The beautiful surroundings attracts many holidaymakers and also ensures that rent an apartment in Barneveld is very popular. You discovered near the Wilbrinkbos the Appelse heath and recreation Zeumeren. Renting an apartment in Barneveld, in many neighborhoods. On the westside Gauge and Zeeheldenbuurt, on the south side Wikselaar, on the east side, the Steenkamp, ​​in the north the new district Blankensgoed and central neighborhoods Curve Akker and Wheem.

Renting an apartment in Barneveld, close to many attractions
Voorthuizen you enjoy modern amenities and old-fashioned conviviality and service. It is shopping in the small village. Barneveld also has a wide variety of restaurants. There is plenty of entertainment, if you decide to rent an apartment in Barneveld. Hit lost in the Maize Maze Barneveld, visit the Old handicrafts and Toy Museum or you live in the Apenheul.

Choose a rental apartment in Barneveld

Barneveld is strategically located within driving distance of major cities and yet offers the tranquility of nature. Gelderland village is located in the vicinity of attractive towns and villages as Barneveld, Nijkerk, Kootwijkerbroek, Putten en Terschuur. Not for nothing that many choose to rent an apartment in Barneveld.