Rent a studio in alblasserdam

We do not have any available rentals in alblasserdam, but take a look at the rentals in Hendrik-Ido-Ambacht 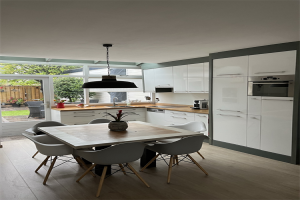 The city Alblasserdam originated around 1277 around the damming of the river Alblas where it derives its name. Until 1447 it formed a municipality with Oud-Alblas. From May 27 of that year it became an independent ambachtsheerlijkheid. A studio rental in Alblasserdam is living in a city with history. The city is not only interesting because of its history, also because of its proximity to Kinderdijk is a special municipality from a recreational point of view.

A studio rental in Alblasserdam, which combine housing with recreation

Alblasserdam is a great starting point for nature lovers. So can be started both by bike and by canoe to explore the Alblasserwaard. Moreover Alblasserdam has within its city limits comply opportunities for recreation. For example, there could include a visit to the indoor pool and sports hall Blokweer the home venue for several sporting events in the town.

A studio rental in Alblasserdam, modern living with many shops

Obviously Alblasserdam offers over nature and tranquility. In the city but find no less than three attractive malls, you almost anything can provide what is necessary. There is a covered Makadocenter which is located relatively central. There are two to find smaller shopping centers in the vicinity of the Dam and the Plantageweg. Where you also end up going to live in Alblasserdam, there is always something to find shops within a short distance of your residential location. A studio rental in Alblasserdam you so assured of shopping opportunities in the immediate vicinity.

A studio rental in Alblasserdam, a source of inspiration

Alblasserdam has also been an interesting source of inspiration in various ways for several Dutch celebrities. For example, the radio DJ Wim van Helden is currently employed at Q-music born here. In addition, the city has in the past housed several Dutch celebrities. So the city was home to include the architect Cornelis van Eesteren and the birth cradle of former footballer Cees van Kooten stood here. A studio rental in Alblasserdam you will also give the opportunity to feel connected to various aspects of social life. Rent an apartment? Place an ad for free
Back to the top
Search for the most popular places