Rent a studio in Oosterhout Nb 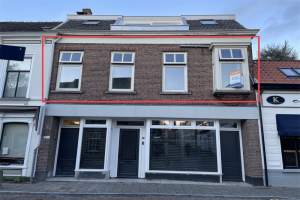 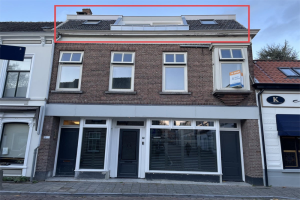 The town of Oosterhout is over 50,000 inhabitants town just north of Breda and Tilburg. A studio rent Oosterhout is choose a place that offers many possibilities in terms of location in almost all conceivable areas.

Want to rent a studio in Oosterhout, you choose first course for the place itself. There, too, you'll find everything you need. So Oosterhout example, offers a very wide range of stores in all conceivable areas. In the mall the Brabant atmosphere is not lacking, especially on the Sunday opening hours, every last Sunday of the month. Also can go in your hometown, you are going to rent a studio in Oosterhout. Brabant the many restaurants and pubs in the center of always invite a visit and you want to visit a theater or keep you from museums, then a studio to rent in Oosterhout also highly recommended.

An advantage of Oosterhout is that just outside the city itself is much to experience. The Efteling is only ten kilometers to the east and keep your nature, you can also fine to rent a studio in Oosterhout. From Efteling wander into the Loon and Drunen Dunes and a few kilometers north of Oosterhout is one of the country's most scenic areas, the Biesbosch. Are you going to rent a studio in Oosterhout, you can also make easy shopping or sit on a terrace in the nearby towns of Breda and Tilburg. Rotterdam is also not far away and easily accessible.

The history of Oosterhout goes back to prehistoric times. Would you book a studio in Oosterhout, then you live on the land where already was a settlement before the beginning of the Christian era. In the region were several settlements, including Middle District eventually become the core of the city of Oosterhout. Through the centuries, farming took over an increasingly important role, while the pottery is prominently mentioned in the Oosterhoutse history.

A studio to rent in Oosterhout means that you choose a residence where some famous compatriots were born or have lived. For example, former minister Gerrit Brokx born and Princess of Oranje Nassau Annette Sekreve lived.
Rent an apartment? Place an ad for free
Back to the top
Search for the most popular places