Rent a studio in Schiedam 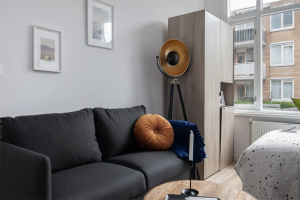 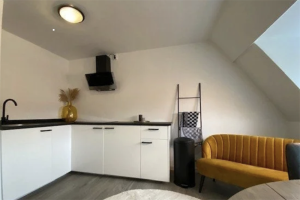 Schiedam is known to be also called gin poking its gin production and the residents of the city. The most famous drink from Schiedam Kethel is therefore 1. This is today still made in the town. More than 76,500 people live in the city and it is located between Vlaardingen and Rotterdam.

Studio rent Schiedam: How is the accessibility?

There is a good public transport system. Schiedam Centrum Railway Station is a major railway station where you can choose to travel to Rotterdam, Breda, Vlissingen and Venlo. On the other side of the platform, you can take the train to Vlaardingen, Hoek van Holland, Delft, The Hague, Leiden and Amsterdam. There are also found some subway stations in Schiedam.

In the eighteenth century was stabbed real Schiedam jenever in Schiedam. This drink was exported around the world and here also the townspeople took out most of their income. Shipbuilding flourished in the twentieth century, but now Schiedam is primarily a tourist attraction. The Town Hall, St. John's Church and the ruins of the House for Riviere are some historical sites that you can find in the city.

Some famous people from several centuries ago who lived in Schiedam Jeremias van Vliet and Adam Pijnacker. In the past century Joop Daalmeijer, Pieter van Vollenhoven and René Pit lived in this city.

Like sports important and go rent a studio Schiedam? The city offers the best opportunity to practice your sport. There are available a total of seven football clubs in the city, but also plenty of other sports you can practice there. Cricket, hockey and water polo are one of these sports, as well as handball, tennis, basketball and volleyball you can do here.

Located on the nature

If you love hiking and nature, then you are at the right place in Schiedam. There are different routes and if you drive, you quickly to the north of Schiedam in nature. The area between Delft and Schiedam consists of greenery and it is therefore linger. Are you going to rent a studio Schiedam? Then you within no time in Rotterdam and Delft is a stone's throw away.

A big city is not without its own party. In Schiedam you can annually to the burner Festivals and also the Maasboulevard Festival returns every year. It is pleasantly busy in the city and many artists perform. You will notice that anyone venturing out and enjoy the late summer. Students who rent a studio Schiedam sit as the party compromised.

Besides the gin production Schiedam is also known for its many mills. In total, no less than to find six mills in the city. Are you going to rent a studio Schiedam? Then chances are so high that you will be living near a mill. As the largest mill in the world many people do not know is that in Schiedam state. The city center is authentic and the various little square you can eat and drink. Think once the Koemarkt or New Haven. So do not hesitate, come to rent a studio in Schiedam! Rent an apartment? Place an ad for free
Back to the top
Search for the most popular places